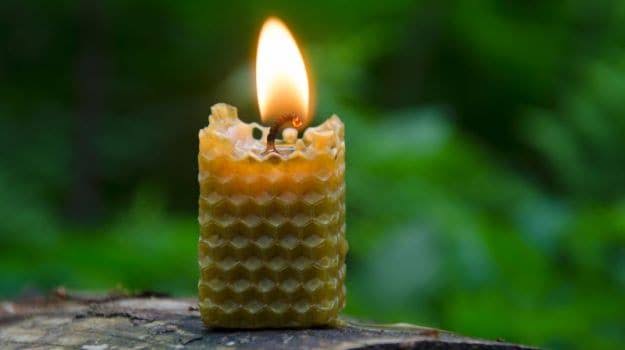 Did you know that: the air inside your home is actually two to five times more polluted and toxic than the air you breathe outdoors? It’s horrible, really. We resort to regular medical check-ups, we take pills daily, we care about allergies, but we neglect the most basic thing that exists: the quality of the air we breathe 24/7. Everything from the mattresses on which we sleep to the pajamas of our children can contain harmful chemicals and toxins. Dr. Manoj K. Ahuja of the Healing Touch Hospital says: “Inhaling toxic gases can cause rashes, cough, eye irritation and asthma-like symptoms.

A team of researchers led by the University of Surrey in the United Kingdom published a study on air pollution in Delhi, also known as “the most polluted city in the world”. According to the study, New Delhi suffers from a “toxic mixture of geography, growth, poor energy sources and unfavorable climate that increases dangerously high levels of air pollution.” And since we spent much of our time inside the house (an average of 90%), we thought it was convenient to list natural ways to purify the air in the home and in your workplace. After all, breathing clean air should be a priority.

Ventilating homes reduce humidity levels, a major problem for indoor air quality. But no, we are not asking you to open a window and allow all the contamination of the outside air to enter your living space. Instead, install drip vents to purify and cycle the air you breathe indoors. Another great alternative is to use exhaust fans that help transport contaminants out. Be sure to ventilate your kitchen, as cooking can be a major source of indoor air pollution, especially if you have a gas stove. Scientists who measured indoor air quality found that cooking a single meal on a gas stove can produce levels of nitrogen dioxide that the EPA considers unsafe to breathe. Also, after taking a shower, be sure to ventilate all the steam and additional moisture in the air that can cause mold and fungus formation when you turn on the fan.

If you love to fill your home with scented candles, avoid paraffin candles that are derived from petroleum and release benzene, toluene, and soot into the air. Since these candles do more harm than good, opt for beeswax candles that ionize the air and neutralize toxic compounds and other pollutants. In addition to improving the quality of the air in the home, beeswax candles burn slowly, so it is not necessary to replace them frequently. In fact, pure candles made of beeswax burn almost without smoke or odor. They are especially useful for asthmatics and to eliminate common allergens such as airborne dust.

“Salt crystal products tend to reduce airborne irritants, pathogens, and allergens by extracting water vapor from the air. Himalayan pink salt is a natural ionic air purifier that extracts toxins from the environment and neutralizes them “says Dr. Manoj K. Ahuja, Healing touch. Simply adding a pink Himalayan salt lamp in your room or near your desk in the office works in terms of functionality and decoration. You can also leave it on at night since the natural glow of orange does not interrupt the sleep hormones. Note to remember: salt lamps greatly improve air purification when they are on, but they also work surprisingly when they are off.

The best plants to filter toxins from the air are Peace Lily, which prefers moderate sunlight, Lady Palm or Broadleaf Lady Palm, which is adaptable but prefers bright and indirect light.

In the presence of essential oils such as cinnamon, oregano, rosemary, thyme, grapefruit, lemon, tea tree, viruses, fungi, bacteria, and even mold cannot survive. Weber State University studies show that Thieves Oil has a 99.96% destruction rate against airborne bacteria. It is an antiseptic mixture of pure essential oils that include pine needle, cinnamon, thyme, eucalyptus, lemon and grapefruit that helps keep the home germ free and purifies the air. You can add it to soaps and detergents to breathe cooler and cleaner air.