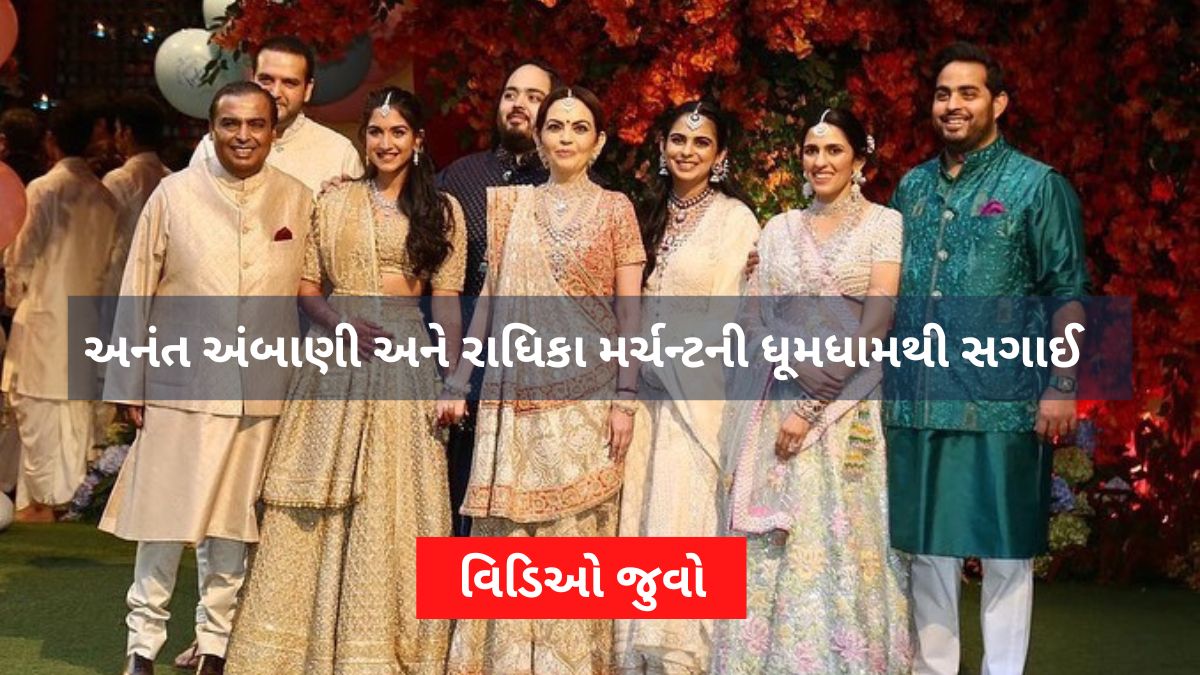 On her engagement day, Radhika Mirchet wore a golden and cream colored lehenga choli. A set of diamonds around the neck and a diamond bracelet in the hand and Maang Tika looks very beautiful on her.

At the same time, Anant Ambani was spotted in a separate blue sherwani with wife Radhika. Both also posed together and with family.

Isha Ambani was seen with her husband on the occasion of Imus. After the engagement, the Ambani family took photographs together in which everyone looked very happy.

According to media reports, the Ambani family will celebrate the engagement with much fanfare. In which many celebrities from Bollywood to cricket are likely to participate.

According to the news, the function will start from 7 pm in which famous Bollywood singer Shreya Ghoshal will be able to perform.

See Radhika Merchant and Anant Ambani close up photo here. Happiness is clearly visible on the faces of both in this photo.

Anant Ambani and Radhika Merchant got engaged on 19 January. A video of this is going viral on social media, in this video Mukesh Ambani, his wife Nita Ambani, elder son Akash and his wife Shloka Mehta, daughter Isha Ambani and her husband Anand Piramal are seen dancing to a Hindi song on stage.