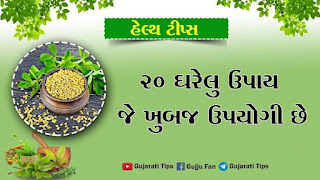 Read all information about Significance of Ayurveda: According to Ayurveda, the human body is made up of four basic elements – dosha, metal, feces and fire. These four basic elements of the body are very important in Ayurveda. It is also called the basic principle or basic basis of Ayurvedic treatment.

What is Ayurveda? Ayurveda has been a method of treatment since ancient times, which was born in India. The word Ayurveda has two words Ayu and Veda. In which age means – life and Veda means – science. Thus, Ayurveda is the science of living life.

The main goal of Ayurveda is to keep the healed person healthy, then to remove the disease of the sick man is another important goal. For this, Ayurveda has given guidance on various medicines, methods of treatment and diet.

The origins of Ayurveda lie in the ancient Vedas – Rigveda, Samaveda, Yajurveda and Atharvaveda. Ayurveda is connected not only with physical but also with mental and spiritual matters.

Herbs and Diseases This information is provided for educational purposes only, not for the treatment of any ailments yourself. It is not intended to diagnose, treat, or prevent any disease. You are requested to seek the help of a suitable physician, doctor or therapist for such a need. (I am not a physician, a physician, or any kind of therapist.) Attempts have been made to adhere to this fact as much as possible, but if any defect is found to be intentional, it is not intentional and I will not be held responsible for the consequences. Please take.

The three important principles of guilt are talk, bile and phlegm. Together, these three regulate and control the body’s actions, including metabolism. The main function of these three defects is to carry the byproduct of the digested food to every part of the body, which helps in building the muscles of the body.

Ayurvedic E-Books in Gujarati
Fault: Disruption of the function of these faults causes disease in the body. The base that supports the metal body is called metal. The body has seven cells: juice, blood, flesh, fat, bone, marrow and Venus – which symbolize pranas, blood, muscle, fat, bones, bone marrow and semen respectively.

Metal: Metals provide only basic nutrition to the body. And it helps in brain growth and its formation. Muslin means useless thing or filthy, dirty, unclean. It is the third of the three elements of the body. There are three types of feces: excrement (meaning jajru-jado-diarrhea), urine (urine) and sweating. Stool is mainly useless so proper disposal of stool from the body is essential to keep the body healthy. There are two forms of feces: feces and kits. Stool is a useless thing in the body and Kitta is a useless metal. All the metabolic and other digestive processes of the body are done with the help of biologically generated fire in the body which is called fire. Agni is a catalyst in the esophagus, liver, and muscle cells.

AnatomyAyurveda is the yoga of the body, senses, brain and soul.

Feces: The living human being is made up of three faults (speech, bile, phlegm), seven basic tissues (juice, blood, flesh, fat, bone, marrow and sperm) and waste products of the body (such as feces, urine, sweat). Thus, the whole body is made up of faults, muscles and waste products. The composition of the body and its components depend on food as food is processed into these impurities, muscles and waste products. Eating, digestion of food, acceptance of food, metabolism etc. are the basis of health and disease. All of this has a significant effect on the psychological process and gastrointestinal (fire). According to Panchmahabhuta Ayurveda, all the objects in the universe, including the human body, are made up of the five basic elements (Panchmahabhuta). This Panchmahabhuta means earth, water, fire, air and sky.